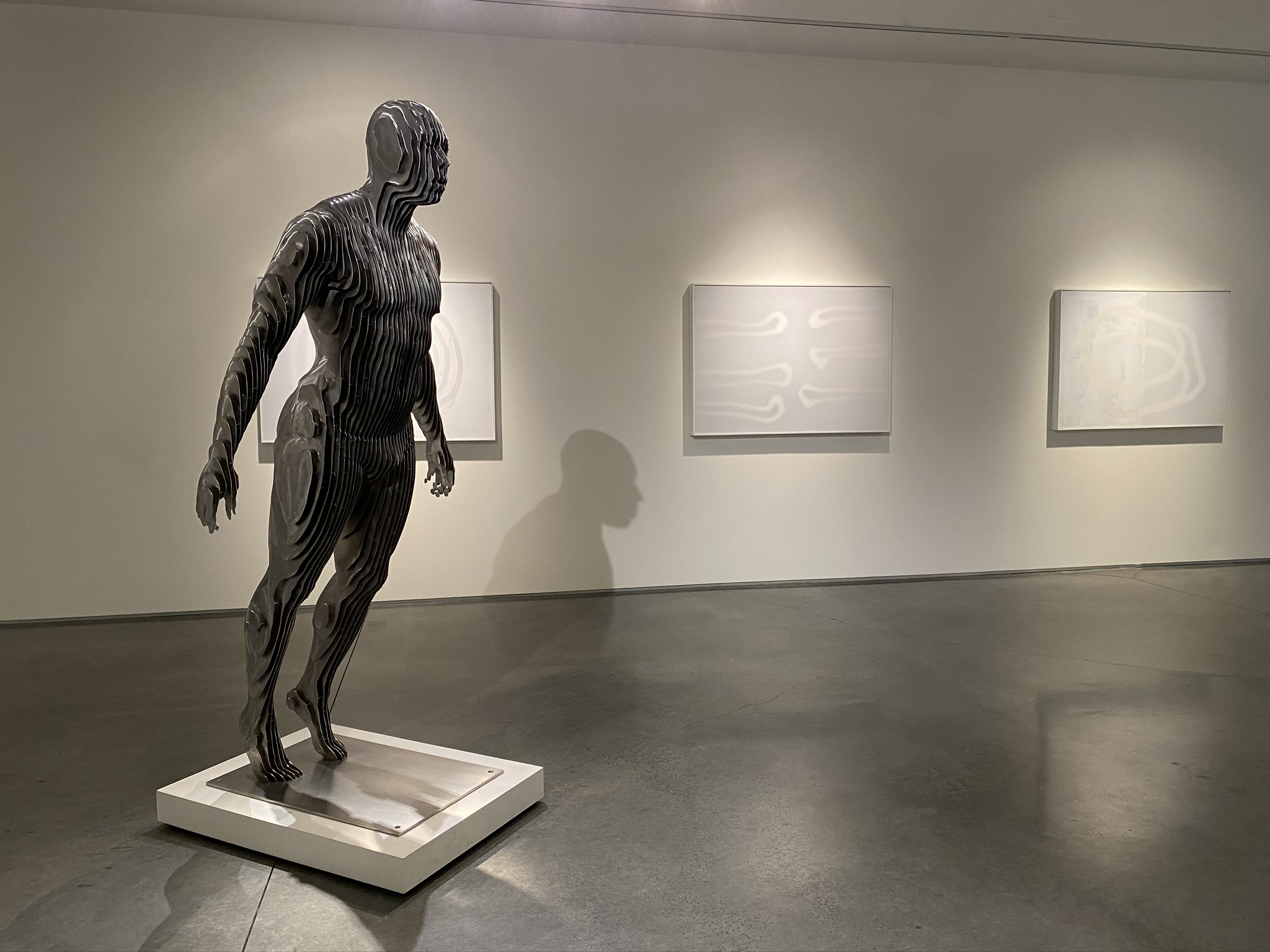 A few days ago, by chance, I found my first communication with Julian Voss-Andreae from 2013. A lot has changed in those 8 years but one of the most amazing things to watch during this time was Julian's career. To be a part of this journey is really wonderful. There are many exciting projects in the making and I will update you about all of them, but for now I wanted to mention that we have several of his sculptures on display in the gallery, some of them are the last in the edition, for example "Dream" (above) and "Buckeyball" (below), one of his earliest sculptures or "Ariadne (Holey)", a one-of-a-kind bronze sculpture. We are working on a website that will ultimately become a work index of all of his sculptures and you can see this work in progress here: www.hohmann.art/jva-portfolio 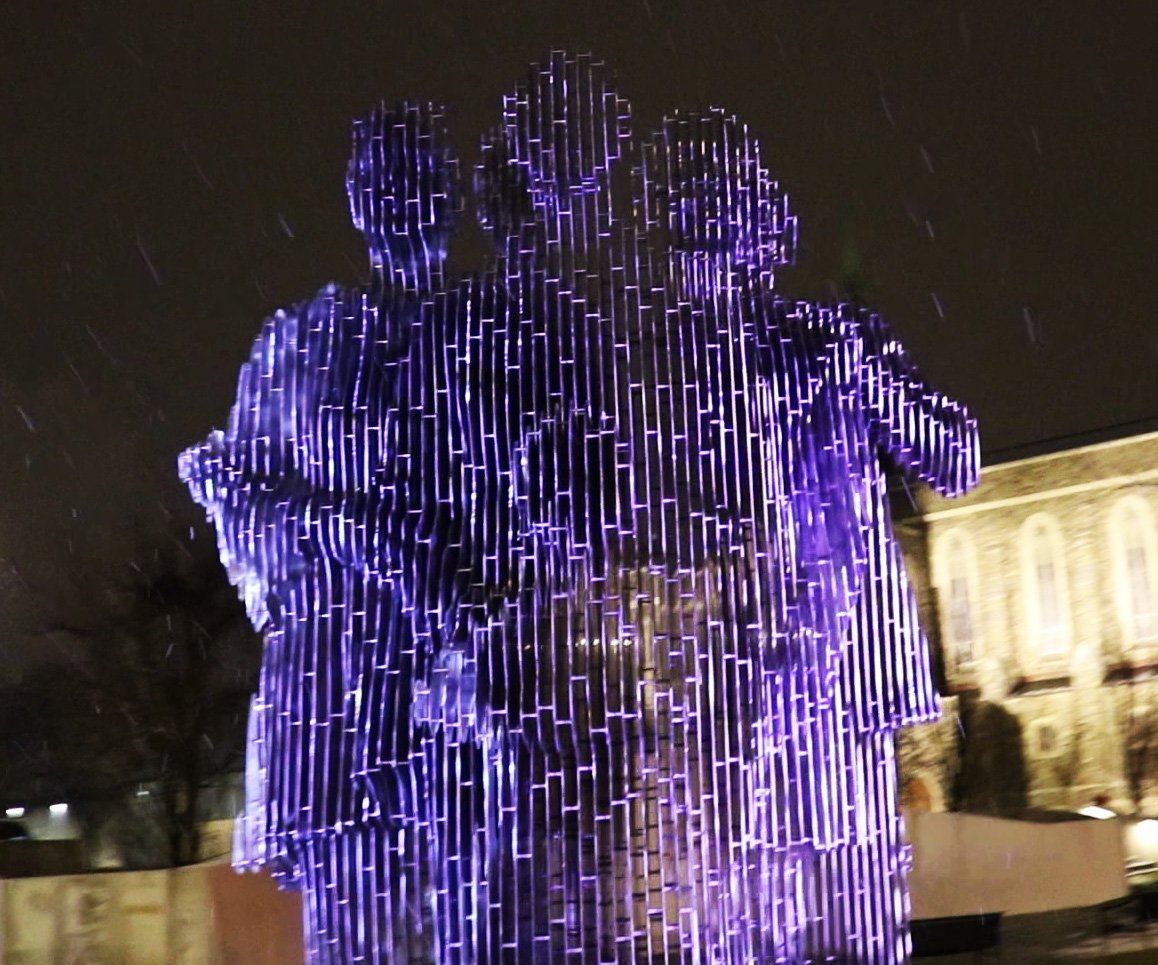 COLUMBUS, Ohio (WCMH)–A special commemoration this Martin Luther King Jr. Day with a sculpture unveiling for all to see in downtown Columbus. 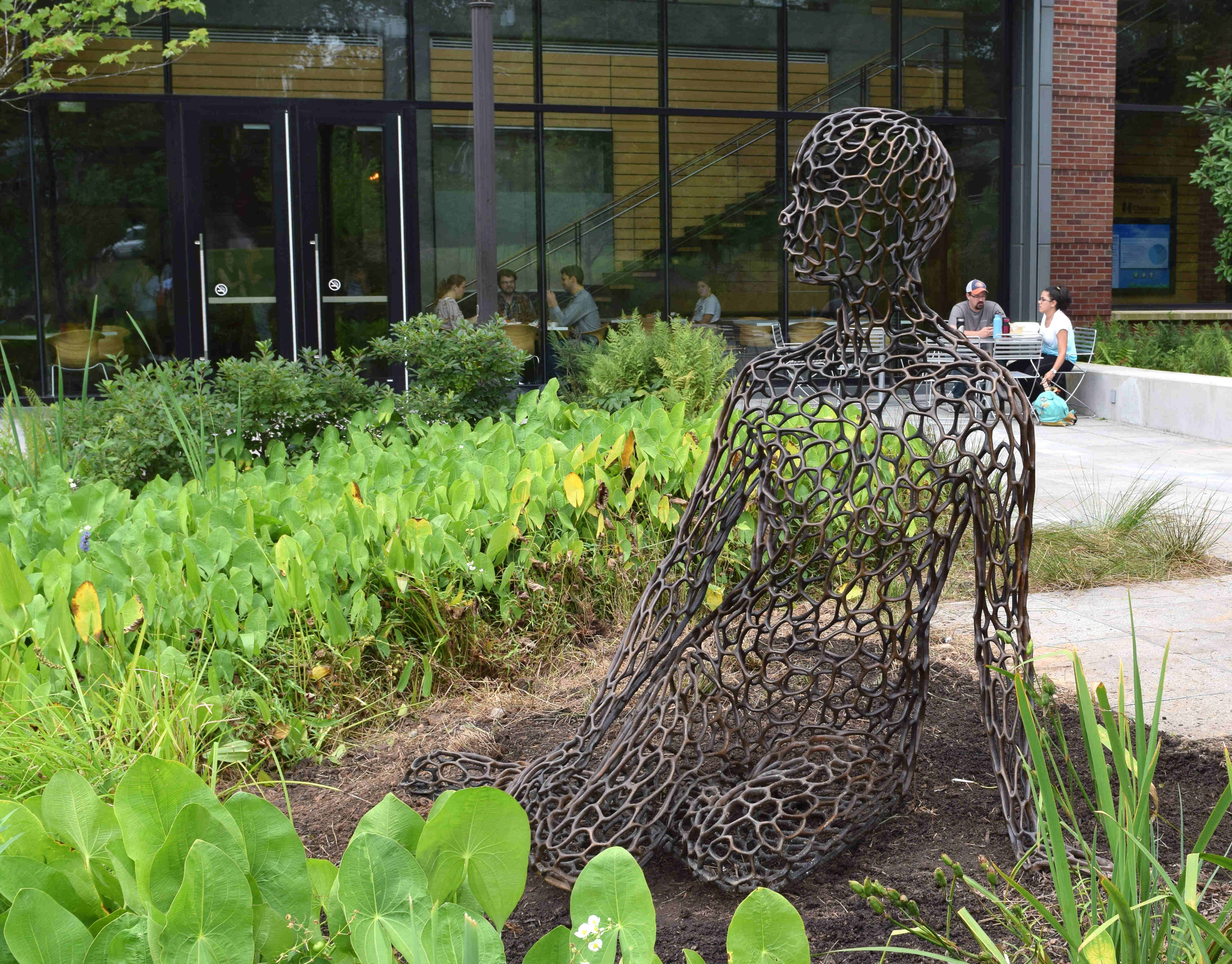 Julian Voss-Andreae landed yet another prestigious commission this time in Georgia. On August 1st he will install a 6' tall bronze for the Georgia Institute of Technology in Atlanta. 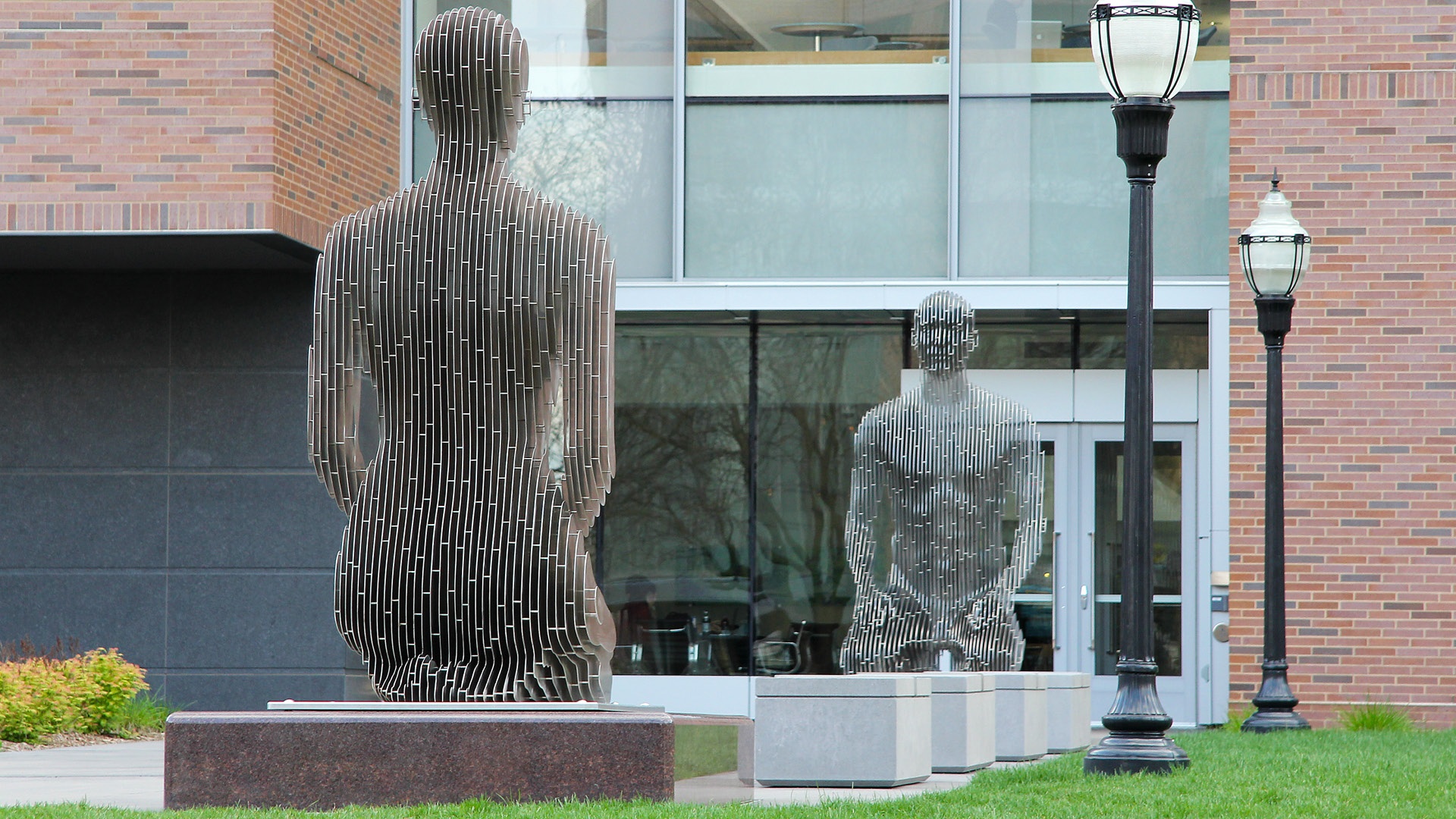 Julian Voss-Andreae, a former quantum physicist, received one of the highly coveted and prestigious CODAWORX Awards for his sculptural installation for the University of Minnesota’s new Physics and Nanotechnology Building inspired by a view of the human body through the lens of quantum physics. The German title of the installation (literally "tension field") originated in physics but is used in contemporary German almost exclusively in a metaphorical sense, implying a dynamic tension, often between polar opposites, that permeates everything in its vicinity. "Spannungsfeld" consists of two 10' (3 m) tall figures in a basic kneeling pose, a male and a female, facing each other.